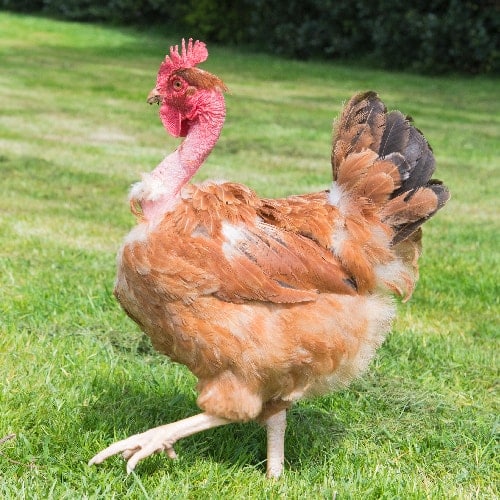 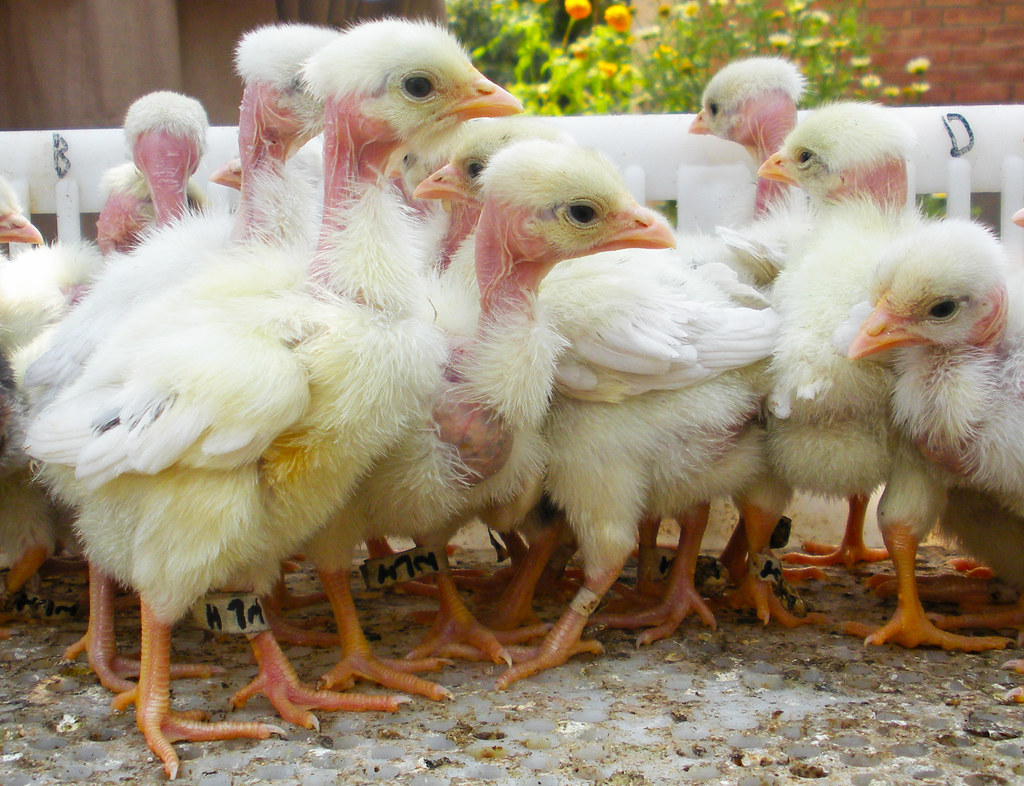 These have to be the strangest looking chickens in the poultry world. They look like a cross between a turkey and a chicken with their completely featherless necks and faces and this was a common myth when they were introduced to this country in the 1920s when they were described as Churkeys! The exposed skin actually turns bright red in sunlight just like that of the turkey.

They originate from Hungary but it was in Germany that the breed was perfected and the lack of feathering on the neck is due to a dominant gene. They actually possess half the total number of feathers in other breeds which makes them much quicker to pluck than other table birds. They are currently very popular in the hotter Eastern countries where they are kept as table birds because they are able to withstand much hotter temperatures than other birds.